The ancient name of the capital city of Armenia “Yerevan” was “EREBOUNI”, after which we named this initiative, under the slogan “Rebirthing towards eternity”. “EREBOUNI” (“Էրեբունի“, as written in Armenian) begins with the capital letter “Է”, which is the seventh in the Armenian alphabet. The capitalized “Է” is not a mere letter for the Armenians, it is first and foremost the proper name of the Lord of Time and Eternity, God (Ex 3, 14).

In this particular case, “EREBOUNI” is the pen as spiritual, intellectual and peaceful reminder of the tragic events that occurred 100 years ago in our nation (1915-2015). Every commemoration has its past, which, always rooted in the present, runs to seed towards the future. The past, the present, and the future, in one word – time, the cosmic evolution – always flow inside the perpetuity of “Է” (“E”). This “Է“, the past and the future, the present of temporality and eternity, to whom the eminent Armenian poet Taniel Varoujan, martyred in 1915, called up, saying: “Thou art everything. Thou art Life. Thou art Eternal Love. Let me bow before Thee with profound piety.”

This “Է“, carved in gold on every high altar in every Armenian Church, informs the beadle of the presence of Divine Eternity in human temporality. Indeed, every past that ceases to exist in the present will have already failed to attain the future. Consequently, the past that has its present, therefore its future, on earth as well as beyond the grave, begins to take part in the Absolute and in the Eternal. Only thus, rebirth from the temporal to the perpetual. Through rebirth, into eternity. This is the mystery of our “EREBOUNI”. All the Armenian symbols ever presented upon “EREBOUNI” decree this truth.

The pen has been designed to reflect the history and hope of Armenia; we incorporated national, historic, and theological themes and touched upon the key areas most important to the narrative history of our nation. It embodies a vision of memory and hope for our future. 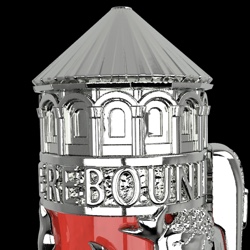 The major figure on the pen is the dome of the three vaulted church “Zevartnots”, the seventh century masterpiece of Armenian architecture, symbolizing the Armenian faith in the Holy Trinity: Father, Son, and Holy Spirit. 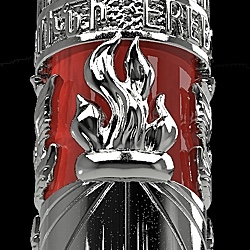 The “Eternal Flame” is the eternal fire lit in memory of the 1915 victims to venerate the Martyrs of April 24, established in the “Dzidzernagapert” memorial center, Yerevan, on 29 November 1967. 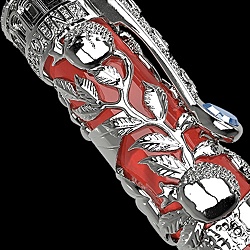 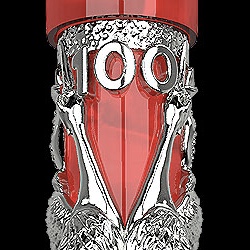 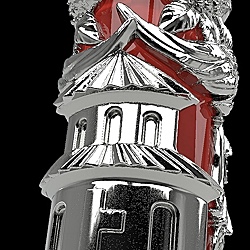 The Armenian “Church” is the temple of our souls. It is the world’s oldest national church and is one of the most ancient Christian communities. Armenia was the first country to adopt Christianity as its official religion in the early fourth century (traditionally in 301) in establishing this church. 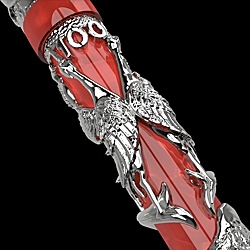 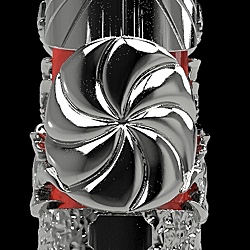 The Wheel of Eternity

The “Wheel of Eternity”, with eight blossoming spokes, is the Armenian symbol of eternity 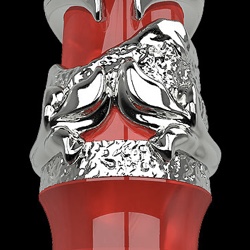 “Mount Ararat” is the portrait of the Armenian People and Land, and the symbol of their survival.

Immortal Achievers in the time of Armenian Glory

Politician, diplomat, statesman, economist, constructor, as well as strategist and conqueror, was the “king of kings”. Under his reign, Armenia witnessed its greatest expansion ever, extending from the Caspian Sea to the Eastern Mediterranean Shores, and from the Caucasus Mountains to the Red Sea.